HONOLULU, HI / ACCESSWIRE / October 18, 2019 / Scientists from throughout the Pacific meeting this week in Honolulu found that mortality by the Hawai'i shallow-set longline fishery on loggerheads and leatherbacks are 'trivial' and have no impact on their population levels. The fishery, which produces 55 percent of the domestic US catch of swordfish, was shut down on March 19, 2019, after it reached the annual limit of 17 physical interactions with North Pacific loggerhead sea turtles. All 17 were released alive. Since 2004, more than 99 percent of the turtles with which the fishery have interacted were released alive. 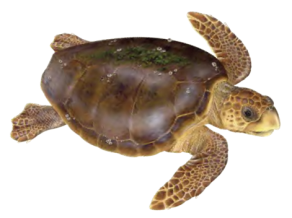 The Scientific and Statistical Committee (SSC) of the Western Pacific Regional Fishery Management Council made its conclusion after reviewing the assessment of population level impacts of loggerhead and leatherback turtle interactions in the Hawai'i shallow-set longline fishery presented by T. Todd Jones and Summer Martin of the NOAA Fisheries Pacific Islands Fisheries Science Center (PIFSC) and Zachary Siders of the University of Florida. The assessment is a post-interaction mortality model for the shallow-set longline fishery that evaluates the fishery's impact on the population trend. The model was developed by PIFSC and based on a population vulnerability assessment for the species conducted in 2018.

The model predicted that the anticipated annual take by the Hawaii shallow-set fishery would have no significant impact on the long-term abundance of these two marine turtle species over the next 100 years. The model also indicated that the past take made no discernible difference on the historical population trend. The model is considered to be conservative because the take is only applied to index beaches, which accounts for about 52 percent of the loggerhead population and about 75 percent of the leatherback population.

The SSC endorsed the take model developed for the shallow-set longline fishery as the best scientific information available for evaluating the impacts of the fishery on loggerhead and leatherback turtle populations. It recommended that PIFSC apply the model to the take data for the Hawai'i deep-set longline fishery (which targets bigeye tuna) and the American Samoa longline fishery (which targets albacore tuna) to provide a robust scientific assessment to be considered in ongoing Endangered Species Act (ESA) consultations. The SSC further encouraged consideration of transferred effect of the US longline fishery closure on target species as well as protected species. [Note: Markets seek foreign imports, which have less stringent regulations and monitoring, when domestically caught fish is unavailable.] The SSC reiterated that the 25 percent reduction goal in the shallow-set longline fishery biological opinion (BiOp) completed by the National Marine Fisheries Service (NMFS) in June 2019 as 'aspirational, overly conservative and not supported by the scientific information presented in the final BiOp, especially in light of the results of the new take model.' The BiOp would allow the fishery up to 16 leatherback sea turtle interactions annually. The SSC recommended that the Council reevaluate its position on the reasonable and prudent measures in the BiOp in light of the model results.

The Council will consider these and other recommendations by the SSC and its other advisory bodies when it meets Oct. 22 to 24, 2019, at the Tauese P. F. Sunia Ocean Center in Utulei, American Samoa. For more info, go to http://www.wpcouncil.org/public-meetings/ or contact the Council at info@wpcouncil.org or call (808) 522-8220.

MINNEAPOLIS, Minnesota - A white police officer in the U.S. city of Minneapolis seen kneeling on the neck of a ...

Africa, then Asia to be invaded by locusts, says United Nations

NAIROBI, Kenya, May 29 (Xinhua) -- The Horn of Africa region will experience another swarm of locust invasion in June ...

Russia's most prominent conman left wave of death and deception

This is the story of how the mastermind behind MMM, Russia's biggest financial pyramid scheme, managed to get elected to ...

BEIJING, China May 29 (Xinhua) - A spokesperson for China's Ministry of National Defense on Friday criticized a report recently ...

TEHRAN (Tasnim) - The Atomic Energy Organization of Iran (AEOI) dismissed as "a futile attempt" the U.S.' new decision to ...

HANGZHOU, May 29 (Xinhua) -- AliExpress, a global online retail marketplace and part of Alibaba Group, announced on Thursday that ...

SYDNEY, NSW, Australia - Stocks in Asia skidded on Friday, and the U.S. dollar dived, as the relationship between the ...

PHENOM PENH, Cambodia - Scientists and environmentalists are urging an international moratorium on deep-sea mining after releasing a report indicating ...

NEW YORK, New York - U.S, stocks ran out of steam on Thursday with fears about the worsening U,S.-China relationship ...