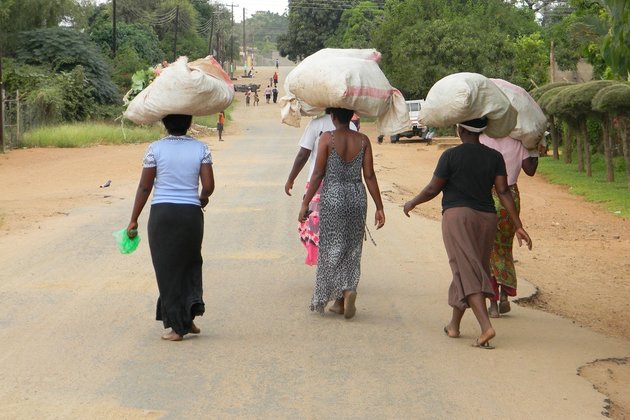 In most African cities, the informal sector is the main economy. This is because of rapid urban population growth, slow economic and industrial growth and high employment. Unregulated economic activities provide work and livelihoods for most households.

The informal sector is growing and becoming more important for urban survival. At the same time, governments, regional blocs and international development organisations are becoming more interested in the idea of sustainable urban development. This refers to processes that boost economic development, improve the quality of urban life for everyone, and protect the physical environment.

Informality is often thought to create challenges for sustainability. Vendors, for example, are accused of littering. Activities like artisanal mining and informal carpentry are believed to be destroying the environment. There are concerns about the way informal industries dispose of waste. There's a view that the sector's jobs are precarious and that it's geared for short-term survival, with very low socioeconomic returns.

My research, however, suggests the sector can be an asset to the sustainable urbanisation agenda. It can help take care of the natural environment, develop skills and promote social cohesion. It can contribute to indigenous knowledge systems and a culture of humanity, as well as to economic development.

I conducted my study in Norton, a small town in Zimbabwe where the informal sector plays a big role. I conducted in-depth interviews with 20 informal entrepreneurs and ﬁve oﬃcials representing small business associations and city authorities. These interviews aimed to get qualitative information. In fieldwork over 10 months, I also had many informal conversations with numerous other informal entrepreneurs. The entrepreneurs were working in sectors like carpentry, metal fabrication, construction, beauty and fashion, street vending and poultry.

I found huge potential to harness seemingly small sustainability benefits created by the sector to derive bigger and better benefits. I don't seek to romanticise the informal economy but to point out what is potentially useful in what has been portrayed as negative and counterproductive.

Norton is a town 45km west of Harare, the capital of Zimbabwe. It is home to over 67,000 people and once benefited from the country's industrial decentralisation policies. But deindustrialisation has been ravaging the economy since the 1990s. Formal industry collapsed in Norton, giving birth to a vibrant informal economy that has sustained the majority ever since.

My study showed that informal economic activities in Norton play a part in environmental sustainability and contribute to the town's financial sustainability. They also have benefits in terms of social cohesion, preserving knowledge and imparting skills.

I observed how traders operating at busy shopping centres, instead of littering, cleaned their workplaces every day. They used their own cleaning equipment since the local authority was in a financial crisis. The traders properly disposed of their garbage at designated points and participated in frequent cleanup activities in the town.

Recycling waste was also a service provided by the informal sector in the absence of formal waste management. People collected metal and plastic waste and made new products or made items reusable. They also used organic waste to fertilise land for cultivation. Most of the waste materials were not products of informal activities.

Urban farming, too, had a positive place in Norton's natural environment. Through cultivating yards and vacant spaces, residents in Norton were helping to green the town. Though this was mostly to supplement food and sell surpluses, planting trees also offered environmental benefits. Norton's urban farmers, in search of arable land, also rehabilitated open spaces illegally used as dumpsites. They freed them from plastics, metals and bottles as they prepared land for cultivation and thus eliminated environmental hazards.

Norton has many vacant lots which the local council cannot fully maintain owing to financial constraints. In summer, overgrown vegetation can block visibility and access, and harbour rodents, pests and parasites. Dry vegetation easily catches fire. I found that people were informally moving in to occupy and maintain these vacant spaces for various purposes, making them safer environments.

I found informal sector actors had strong relationships among themselves, for example taking care of another trader's stall in their absence. People used kinship terms for each other. The sector seemed to work on the principle that communities could survive through solidarity, cooperation, care and sharing.

Respondents said the informal sector was a reliable source of good quality organic foods, including traditional foods and recipes. It also made traditional herbs and medicines more available and affordable. In these ways the sector preserved traditional knowledge.

In Zimbabwe, the cost of formal training is beyond the reach of most households. The informal sector provides a way for people to acquire skills. It enrols everyone who wants to work and learn, regardless of their educational or socioeconomic background. My study encountered numerous skilled and experienced builders, carpenters, fashion designers and tile ﬁtters, for example. These workers said they learnt their skills through participating in the informal sector.

Norton's local authority acknowledged that it was getting most of its revenue from informal sector businesses. This was through vending licences, monthly operating fees and penalty fees. The informal sector was responsible for most of the jobs in the town.

The informal sector is an asset that authorities can take advantage of to enhance urban sustainability as they build cities. Authorities can support it by providing entrepreneurial infrastructure so that people can work in safer conditions, maximise their earnings, boost their businesses and livelihoods and contribute towards running of local authorities.

Authorities could also provide education on more sustainable ways of farming, and support and recognise informal skills training. Approaches like this have the potential to enhance sustainable urban development in Norton and other cities where informality is prevalent.