TRENTON, NJ / ACCESSWIRE / December 1, 2021 / New Pod City (New Jersey's only Podcast Hosting Company) has announced that Jeff Stewart and Brandon Norwood, hosts of The Film Blerds podcast, have been named the first to break the film review for the upcoming movie, 'West Side Story' by Steven Speilberg. 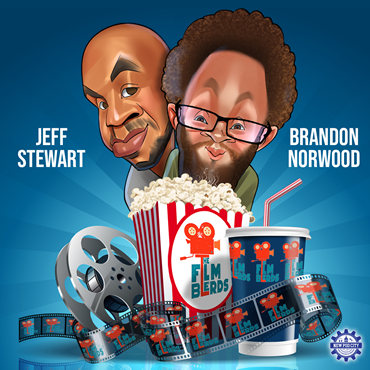 Following a special announcement from Stewart and Norwood on their usual Monday post, the West Side Story episode airs at 9:00AM EST on Thursday, December 2, 2021.

'The Film Blerds started out as 2 friends wanting to talk about Zack Snyder's Justice League,' said Brandon of their humble beginnings as a Podcast. 'I asked Jeff and with that, the show was born. In doing the show, we have come to have our friendship deepen while also understanding whatever disagreements we may have, our disagreements all come together in the studio.'

'The minute I heard them start talking about Zack Snyder's Justice League, I knew people were going to love them,' says Frank Sasso, owner of New Pod City. 'I'm grateful to have been able to utilize my connection with the ASC (American Society of Cinematographers) to enhance the greatness of the Film Blerds podcast - and through this connection, The Film Blerds received rave reviews from people like Director Ridley Scott, and Actress Margot Robbie of Suicide Squad and The Wolf of Wall Street.'

'Brandon and Jeff aren't just film reviewers, they're creators in their own right,' added Will Foskey, President of the New Pod City Network. 'The Film Blerds are destined to be a top show in its genre.'

Norwood has been in the trenches of the studio system and used his connections, in addition to being a member of an important guild, to get himself and Stewart into the very first screening for West Side Story with the unnamed guild and SAG (Screen Actors Guild).

This special episode of The Film Blerds airs at 9:00 AM EST on Thursday, December 2, 2021. The episode can be heard on New Pod City Podcast Network at https://filmblerds.newpodcity.com or virtually any podcast directory.