NEWARK, DE / ACCESSWIRE / December 1, 2021 / In the ever-growing phase of cryptocurrencies, the BSC network has been prominent among the successful incubation of promising projects. Currently, Radio Caca, EverGrow, and CryptoMines are the 3 golden tickets that have captured the attention of most investors. The projects, although were launched recently, but are already getting over 100M+ volume in daily trading. Talking about the Binance smart chain, it's hard to avoid that it undertakes $15 million daily transactions. On the one hand, there is Radio Caca, a well-established GameFi token based on the MetaVerse and collectible staking. 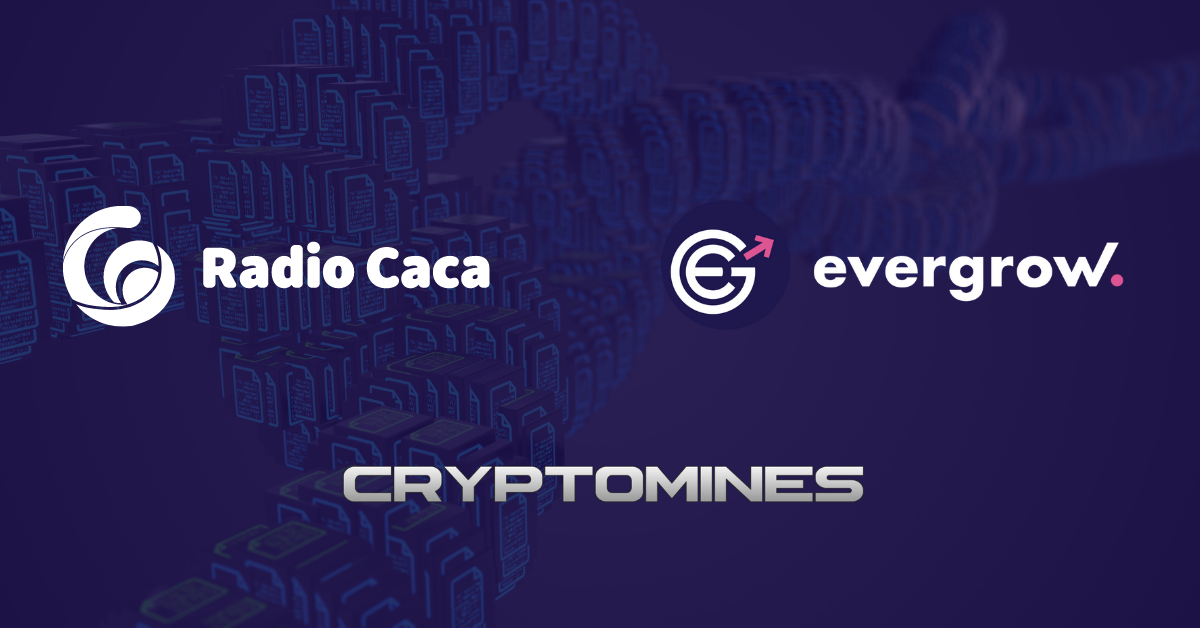 Similarly, CryptoMines is a play-to-earn NFT game, where an individual succeeds by acquiring mining power. While Radio Caca V2 (RACA) is a newly launched token. During the inspection in May 2021, RACA marked itself as a leader of Gamefi and Metaverse.

EverGrow will shortly launch their NFT Marketplace and a play-to-earn platform accompanied by NFT mystery boxes. The company doesn't plan to stop there; according to their recent AMA, they are also working on 'Crator.com,' a content subscription platform that provides excellent quality content to viewers.

Apart from this, they are working on a decentralized NFT lending platform based on the Binance Smart Chain and give authorization to NFT owners to borrow against their NFTs, at very low-interest rates willingly, that too with security. The revenue generated from these services will again invest in buying EverGrow tokens which will permanently detach tokens from circulatory supply.

In the history of Cryptoverse, there have been no such authoritative tokenomics as offered by EverGrow. The day after launching, it only showed a rising green chart and was expected to take more significant moves shortly. This cryptocurrency is approaching to become the top cryptocurrency ever, on binance smart change and NFT Marketplace. Apart from this, 2% of every transaction will move to the EverGrow contract for Auto Buybacks. When it gets activated, all the generated revenue from its ecosystem will be used to burn EverGrow tokens.

Evergrow also astonished the crypto world by listing the series of CEX exchanges like Bitmart, Bibox, LBank, etc. Owing to the innovative tokenomics, EverGrow adds new updates day by day on its roadmap. Now, investors are also expecting that EverGrow will soon become the next Shibu Inu and Dogecoin. And reports say that the team plans to unlock brand new shots and opportunities to the investor, creators, and influencers.

WASHINGTON D.C.: The percentage of students graduating from U.S. high schools in 2021 plummeted in twenty states due to Covid ...

GAINESVILLE, Florida: Shark attacks soared worldwide in 2021.Research conducted by the Florida Museum of Natural History and the American Elasmobranch ...

AMSTERDAM, Netherlands: Dutch military police have confirmed that a stowaway, a 22-year-old Kenyan man, was found alive in an aircraft's ...

MENLO PARK, California: Facebook's parent company, Meta, has announced the creation of what it believes is among the fastest artificial ...

Casino plans to build in UAE in Gulf region

RAS AL-KHAIMAH, UAE: Ras al-Khaimah, one of the UAE's seven emirates, has announced the signing of a multibillion-dollar agreement with ...

SYDNEY, NSW, Australia - It was a bloody day on Asian markets on Thursday following gyrations on U.S. markets overnight.A ...

Ireland has 17th highest fuel prices in world, up one-third since 2021

DUBLIN, Ireland: Ireland has among the highest prices for petrol and diesel in the world.In the past year, fuel prices ...