Alec Baldwin gets slammed for tell-all interview about 'Rust' shooting 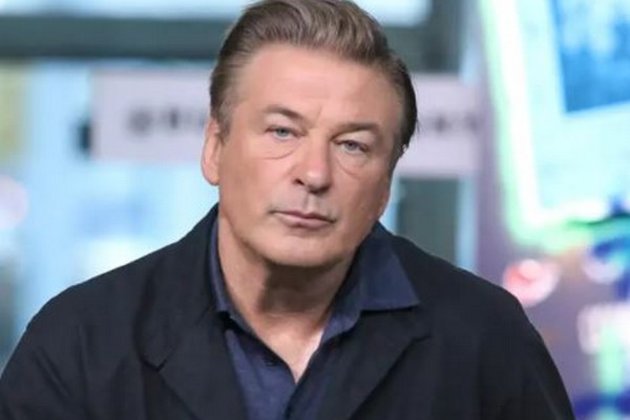 Washington [US], December 3 (ANI): Actor Alec Baldwin recently opened up about the fatal shooting on the set of his film 'Rust' in a tell-all interview, to the chagrin of many viewers.

According to Fox News, the 63-year-old actor sat down with George Stephanopoulos of ABC News to recount what happened on the New Mexico movie set on October 21 when a gun he was holding was discharged, resulting in the death of the cinematographer Halyna Hutchins.

However, viewers of the interview weren't very impressed with what the former '30 Rock' star had to say. "How did Alec Baldwin's lawyers allow him to do this interview? This is nothing but a clout chasing performance. We should be centring the victim, not him," one user wrote on Twitter.

"Im side eyeing Alec..I'm not buying what he is selling," another wrote. A third one bashed, "I'm not the victim but let's talk about me for an hour.""Note to Hollywood: if you ever do a movie with Alec Baldwin and something goes wrong, he will throw you directly under the bus," yet another added.

Among the star's revelations was his claim that he never pulled the trigger, but that he slightly pulled back the hammer on the revolver, resulting in a discharge when he let go. Viewers didn't buy it, however.

"He wants us to believe he didn't pull the trigger and the gun just misfired by itself?!?!" said one. "If Alec wasn't such a good actor, I'd believe every word," another added. "Baldwin is one hell of an actor... ACTION!!! He's performing baby," said a viewer, reported Fox News.

Another viewer took aim at ABC for airing the interview in the first place. "ABC is pure scum for giving Baldwin a platform to 'act' his innocence. Not on that, he's able to 'act' others guilt. Sickening," they said.

Yet another mentioned Stephanopoulos, calling him out for his political views while calling Baldwin a "sorry mother f---er," as per Fox News. (ANI)