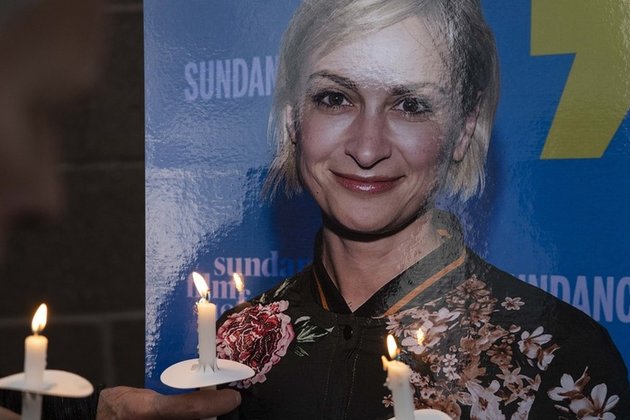 The Santa Fe County Sheriff's Office has released a 550-page report detailing its investigation into the on-set shooting of 'Rust' cinematographer Halyna Hutchins by the film's star, Alec Baldwin, using a prop gun. The text, published on Friday, includes messages sent from Baldwin's phone in the weeks after the killing revealing that the actor had attempted to convince Hutchins' husband he was the victim of "sabotage."

Baldwin began texting Matthew Hutchins just two days after the latter's wife was shot with the actor's prop Colt 45 last October, initially informing him that both he and the cinematographer "believed the gun was empty" and later hinting at a "sabotage angle."

"Important for you to keep in mind: The Santa Fe Sheriff's office may lack both the skill and the will to properly investigate the sabotage angle," Baldwin messaged Hutchins, adding, "I'm told their agenda is to write off as an accident and throw it to the civil courts."

"And yet, the more that is presented to me about certain anomalies on that day, the more open minded I become. I dismissed the sabotage claim initially. But not know [sic]," the actor continued.

"I hope these NM have the sense to follow it through," Baldwin concluded.

When Hutchins asked who had told him about the "agenda," the actor referenced multiple attorneys.

Less than a month after the shooting, Baldwin reached out via text to one of the investigators, asking if the armorer or assistant director had ever instructed anyone on set to self-inspect the weapons and claiming he was never told to perform such a self-check. Two days later, he asked if it was possible he would be charged, the report states.

Baldwin sued several members of the film crew and the owner of the company that supplied the gun earlier this month. The suit claims the supplier stored ammunition "haphazardly," resulting in live bullets being delivered to the set, while the crewmembers' failure to adhere to safety rules caused those bullets to be loaded into the gun Baldwin then fired at Hutchins. The cinematographer's family settled a wrongful death lawsuit with the 'Rust' production company last month, and the film is set to resume production in January with Matthew Hutchins as executive producer.

A spokesperson for the Santa Fe First Judicial District Attorney General said last month that a decision had not yet been reached on whether to bring charges against Baldwin or anyone else involved in the incident.

WASHINGTON, D.C.: According to a Pentagon report, if China continues with its current nuclear buildup pace, it could have a ...

William, Kate plan US trip in bid to tamp down royal controversies

LONDON, England: Prince William and his wife Kate, the new Prince and Princess of Wales, will travel to the U.S. ...

SYDNEY, Australia: For the first time in eight years, Australia lowered its terrorism threat level from "probable" to "possible," due ...

TRENTON, New Jersey: As part of a project to prevent major wildfires in a federally protected New Jersey forest, up ...

VIENNA, Austria: During a 24-hour strike by Austrian rail workers held this week over issues related to pay, rail traffic ...

TOKYO, Japan: The results of a survey released this week showed that Japan's manufacturing activity contracted for the first time ...

ATLANTA, Georgia: As companies look to rein in costs and trim their headcount to brace for an economic slowdown, CNN's ...

HONG KONG: Paving the way for a potential bumper payout to shareholders, HSBC has agreed to sell its business in ...

WASHINGTON D.C.: The National Retail Federation (NRF) has reported that even as inflation has negatively affected many household budgets, heavy ...